How you can help keep Dutch elm disease out of Alberta 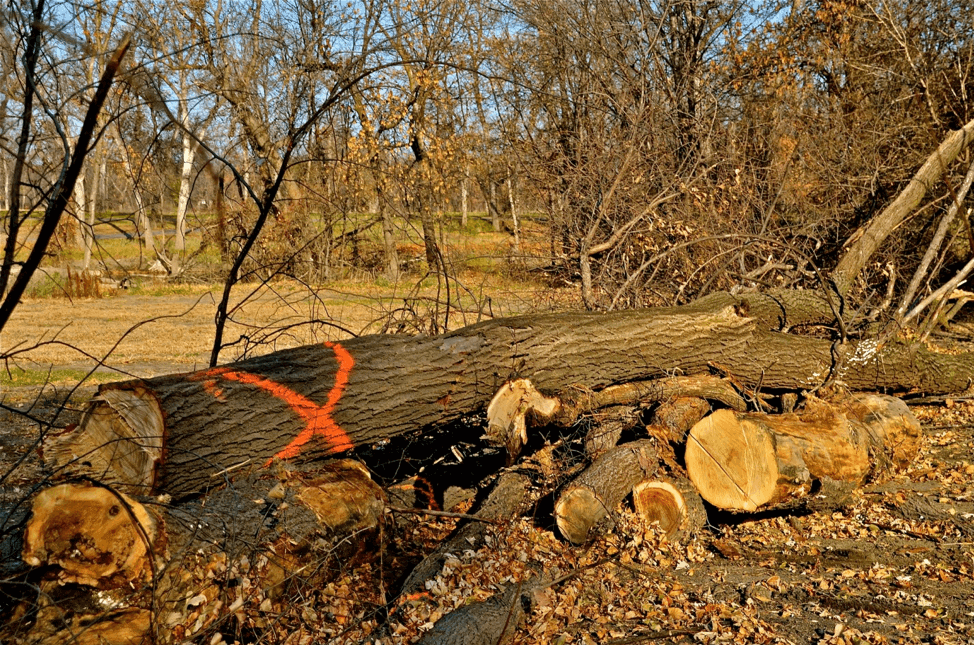 Dutch elm disease (DED) is a fatal fungal disease spread by bark beetles, and Alberta is one of the last areas in North America that is DED-free. Keeping it that way is everyone’s responsibility. Here’s a guide to help you identify, prevent and treat Dutch elm disease.

The first symptom of DED is wilting among several outer branches. Leaves on infected branches will turn yellow, shrivel up and drop prematurely. As the fungus grows, these early symptoms progress down the limb to the roots before spreading upward through the rest of the tree.

Discolouration beneath the bark near a section of wilting leaves is another strong indicator of DED. The disease causes vessels beneath the bark to turn dark brown. To check for this symptom, you can remove a small section of bark using a chisel and hammer or request a consultation with a professional arborist.

Beetles that spread DED thrive in dead and dying elm branches and trees. For that reason, it’s important to maintain the health and structure of your elm trees by pruning them annually. Keep in mind, however, that it’s illegal to prune elm trees in Alberta between March 31 and October 1 when bark beetles are active. Elm trees should be pruned by a professional arborist because improper pruning can weaken a tree’s structure.

Pruned elm wood must be disposed of by burning or burying it before April 1. It’s also illegal to store elm firewood since it’s an ideal breeding site for bark beetles. To prevent the spread of DED-carrying beetles, don’t transport firewood into or within Alberta. Buy firewood locally and burn it in the area.

To help them maintain their vigour, elm trees should be watered every two to three weeks from April until mid-August and then once or twice before the ground freezes.

DED is a difficult disease to control and can wipe out a large population of trees within a few years. To prevent the spread of DED, it’s highly recommended and oftentimes mandatory to remove elm trees infected by the disease.

Fungicide treatments exist, but they’re expensive and may only prolong an infected tree’s life by five to 10 years. Recently infected trees can potentially be saved using a method called “tracing” that essentially carves out the diseased portion of the tree. Diseased branches should also be pruned.

The team at ArborCare is committed to helping you maintain your elm trees’ health and preventing Dutch elm disease from taking hold in Alberta. We offer tree pruning, assessment and removal services in Calgary, Edmonton and Kelowna. For more information or to book an appointment, contact us today.