What is Fireblight Disease? 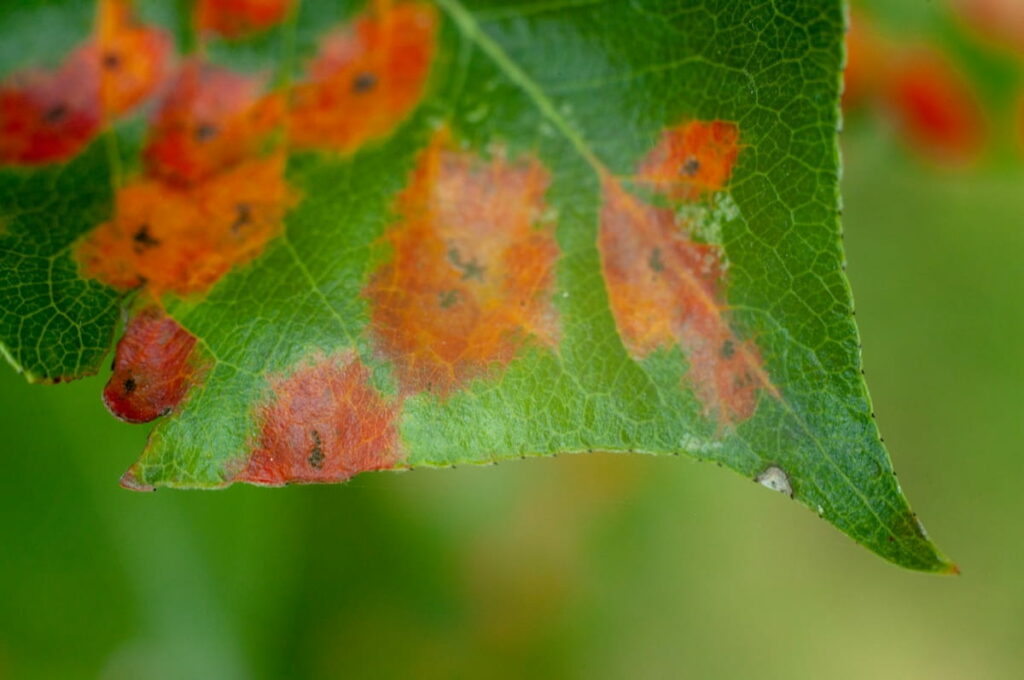 Fireblight is a destructive disease that attacks more than 75 different species of plants in the Rosaceae family — flowering herbs, trees and shrubs. Fireblight is an infectious tree disease and a severe problem among fruit growers, as it can destroy an entire orchard in a single growing season. It’s important to take effective control measures as soon as you spot symptoms.

In Alberta, British Columbia, and Manitoba, fireblight is common on the following trees:

How to Recognize Fireblight Symptoms

Fireblight disease usually appears in the spring when the tree is in bloom. Infected blossoms suddenly wilt and turn light to dark brown. Leaves on infected branches become brown and shrivelled and appear to have been scorched by fire. The affected leaves usually remain on the tree well after normal leaf fall. Blackened new growth is often curled at the tip to look like a shepherd’s crook.

The surface of smooth-barked branches darkens and cracks usually develop. The infection can quickly spread to older branches and the trunk, where cankers may develop. These cankers are discoloured, slightly sunken and tend to crack at their edges. They may eventually encircle the branch, causing all the parts of the tree above to die.

Young infected fruits become oily in appearance and exude a clear, milky or amber-coloured ooze. The fruits shrivel, become dark brown in colour and remain attached to the tree.

Fireblight is caused by the bacterium Erwinia amylovora. The bacteria enter the plant through blossoms, wounds and natural openings.

The bacteria overwinter in the cankers and, in the spring, produce ooze that spread from tree to tree by bees, other insects and rain. The bacteria can also spread through infected pruning tools.

Abundant rainfall followed by warm, cloudy weather provides conditions that encourage the development of the disease. The bacteria begin to multiply rapidly at temperatures between 24 and 28° C. Excessive nitrogen fertilization, late-season fertilization, poor soil drainage and overwatering are some of the factors that promote the spread of fireblight.

Chemical control such as streptomycin and copper sulphate has been shown to slow the bacteria’s growth in infected plants. However, these are only temporary solutions and have even led to antibiotic resistance in some areas.

The only effective fireblight treatment for infected trees is pruning off the infected branches and removing them from the area. For best results, prune well beyond the infected area, around 30 centimetres. Avoid pruning when plants are wet and keep your tools clean with an alcohol or bleach solution.

Other cultural management practices include:

At ArborCare®, our professional, experienced arborists can identify fireblight and many other tree diseases and pests. Our plant management services ensure we spot and treat infections as early as possible. Contact us today to schedule an assessment of your trees.